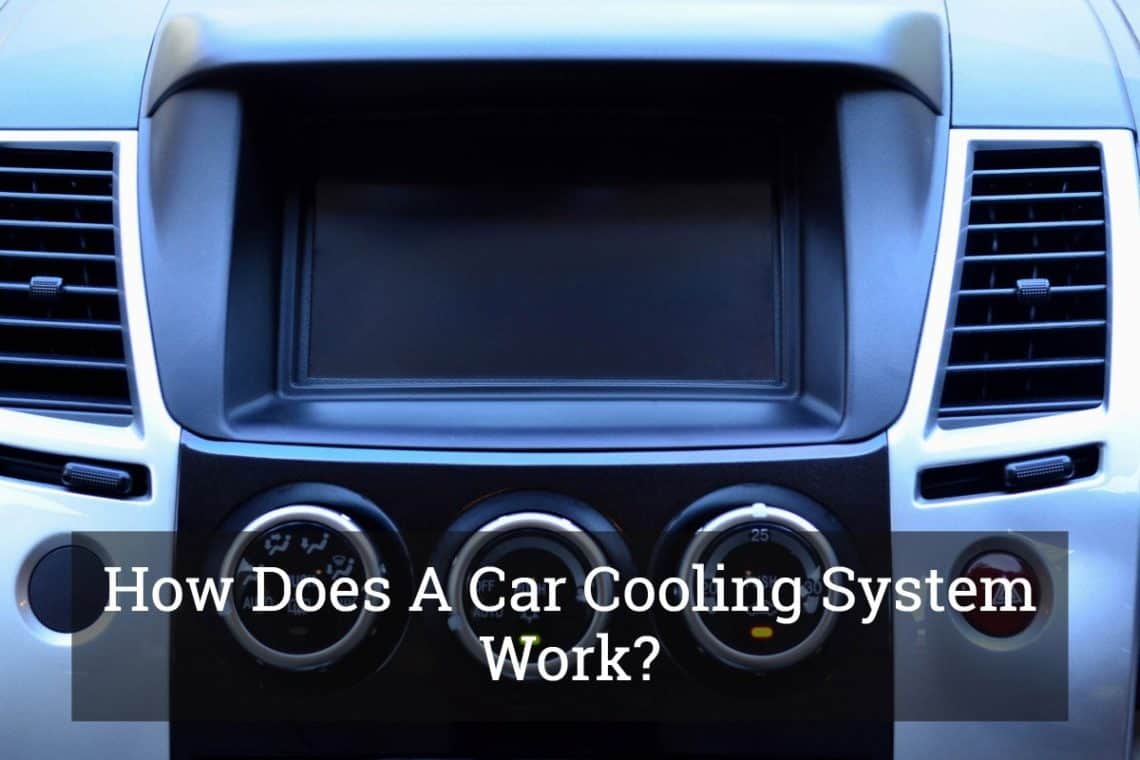 The car has luxuriously changed a person's life. Therefore, it is too hard to leave such life and lead a normal life. Although we have a car of our own, we must be aware of the parts in a car and how it functions.

Here, you are going to see the in-depth function of a car cooling system. After reading this post, you will feel as if you are an automobile engineer. The cooling acknowledgment about the car will also help you to learn on how to maintain your car.

How Does a Car Cooling System Work?

The engine is the only thing that changes the chemical energy to the form of mechanical energy. In these contemporary days, the engine comes with gasoline. Thus, there is more improvement in the engine system.

However, these gasoline engines couldn’t turn out into an efficient engine. The seventy percent of the chemical energy turns into a heat energy than that of the mechanical energy. Hence, the cooling system takes the control to prevent the overheating in the engine system.

In case there is an overheating in the engine system, it may lead the engine to cease. Therefore, to the automobile engineers made a coolant system. The coolants are two types, and they are Liquid Cooling and Air Cooling. 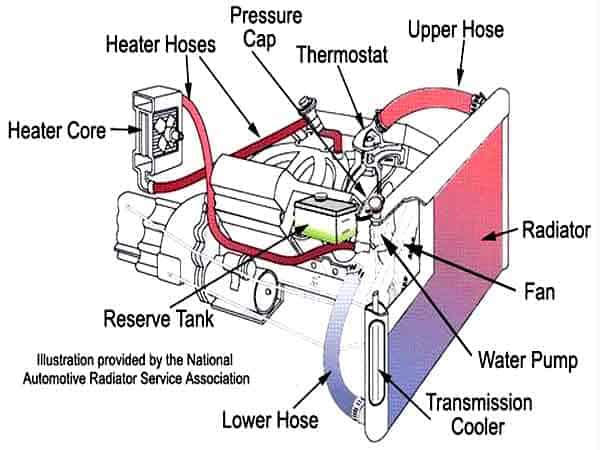 Let us take this little bit in a handy man's way because the car engine has a lot of plumbing system. The cooled-fluid moves through the pump straight into the engine block. The engine block makes way for the fluid. The way allows the fluid to move around the engine cylinders.

There is another circuit to heat. The fluid from the cylinder head is carried by the circuit to the heater core and after that led to the back to the pumps. In the case of the automatic transmission cars, a separate circuit for transmission is constructed within the radiator.

Then the transmission pumps the oil inside it and outlets the oil to the secondary heat exchanger within the radiator. Talking about cars, it has a variable temperature. It can be either below freezing point or above boiling point.

Hence, water is the most effective coolant for a car hence water is used in cars. Since the water freezes immediately, ethylene glycol is used to hike the cooling. Along with the freezing point of the fluid (water added ethylene glycol), the boiling point also gets a hike.

A unique or a specified pump utilized in cars. The work of the pump is to circulate the fluid while the engine is turned on in a car. The fluid flow process starts from the pump, then to the engine block, after reaching the engine block it moves to the cylinder head then to the radiator, and finally, it gets back to the pump.

It is the method to reduce the amount of heat energy transferred. If we use ceramic layer, which a poor conductor of heat, then the heat transfer drops down. Here comes the heat exchanger or radiator. 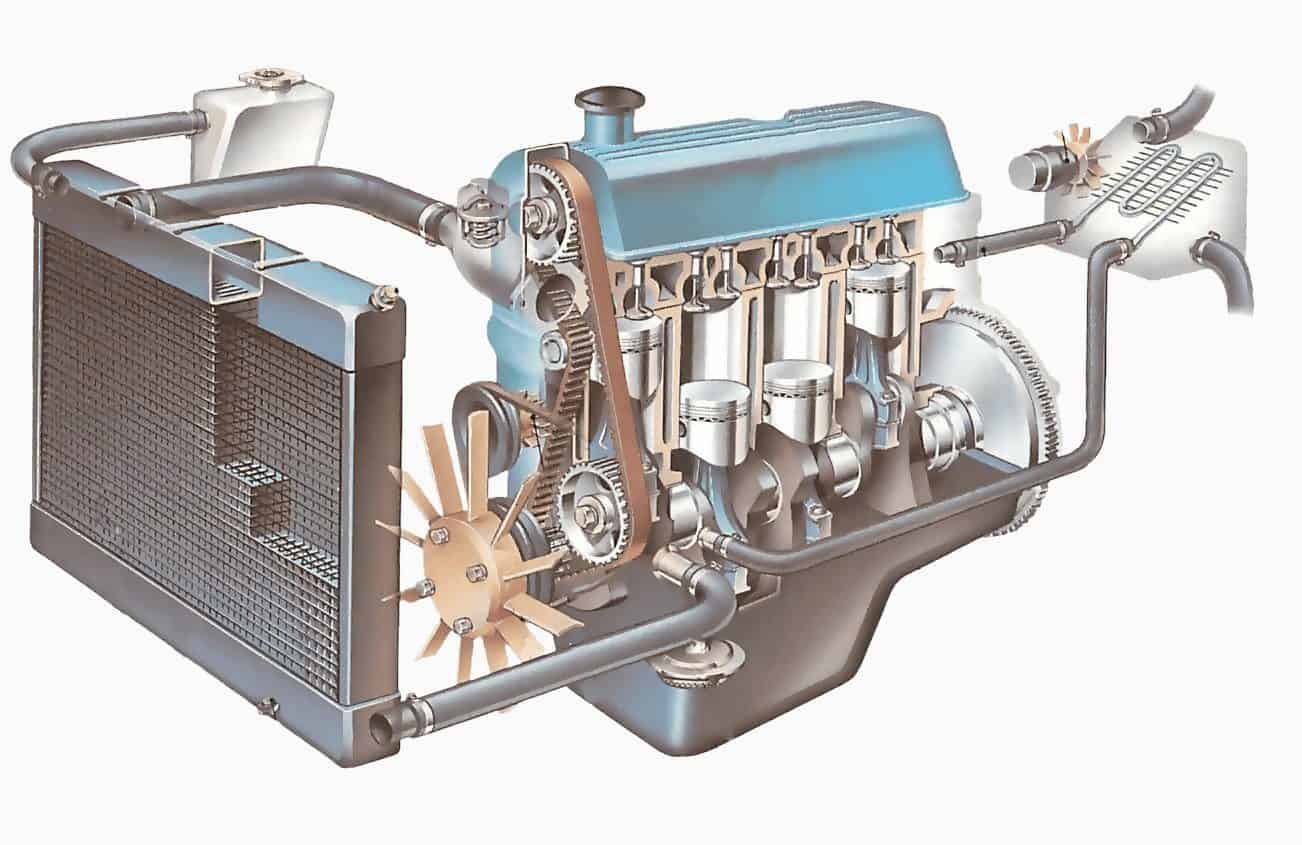 The radiators have a tank both the side. Inside the tank, you can find a transmission cooler. The transmission present in the radiator is like a radiator having another radiator inside. Here, instead of the coolant, the heat exchanger is between the oil.

After all these machines inside a car, the coolant’﻿﻿s work is determined by the thermostat. The foremost job of a thermostat is to permit the engine to heat up. After heating up the engine, the thermostat will constantly maintain the temperature of the engine.

Just like the thermostat, there is another friend to support in maintaining the temperature of the engine is the electric fan. A regular maintenance over your engine and cleaning car engine safely will add life to your car as well as your engine. The best crate engines can prolong the car’s life. 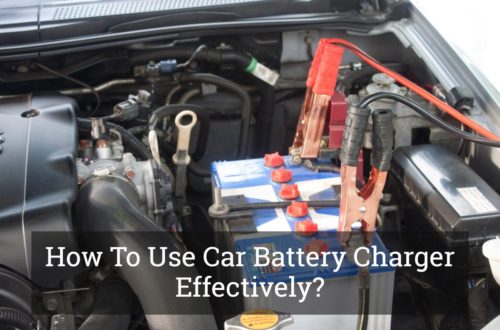 How To Use Car Battery Charger Effectively?

How a Diesel Engine Works: Read to Find Out! 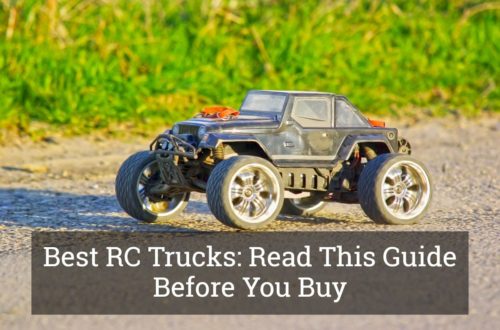 Best RC Trucks: Read This Guide Before You Buy