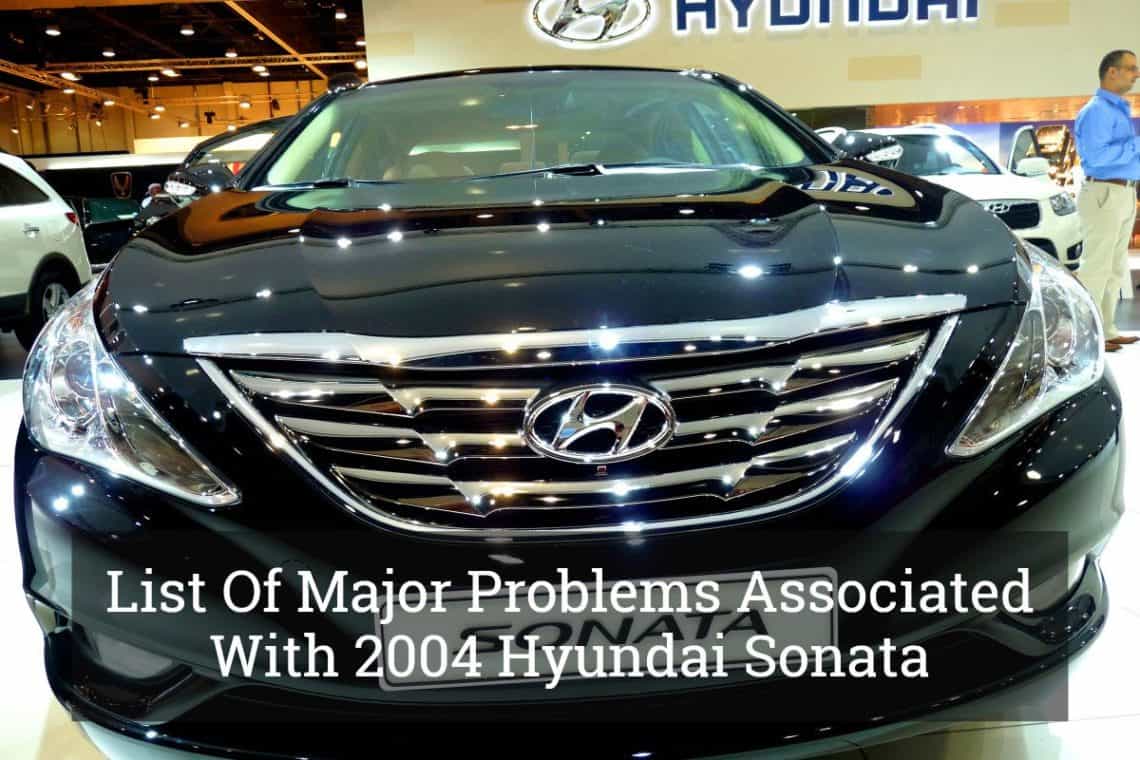 You might be familiar with the popular car of 2004 Hyundai Sonata. It is manufactured by the South Korean Motor Company named Hyundai. Firstly, this car was launched in the North America in 1988. However, it has gone through additional design changes after that.

The latest improvised model was launched in the year 2010, and the hybrid model was released in the year 2011. There might be the case that early versions of this car are not proven reliable. This version of Hyundai Sonata has emerged in many terms.

When you think about that car, the first thing that pops up in your mind is that it is the best car in this price range. Undoubtedly, it offers commendable functions and performance. The most common and attractive thing among the buyers is the color options available.

Although this car offers thought provoking functions, it has many flaws. These flaws are recorded from the customers who bought this car already. They have faced many issues with this car; therefore, before you buy this car just go through 2004 Hyundai Sonata problems mentioned below associated with this car. 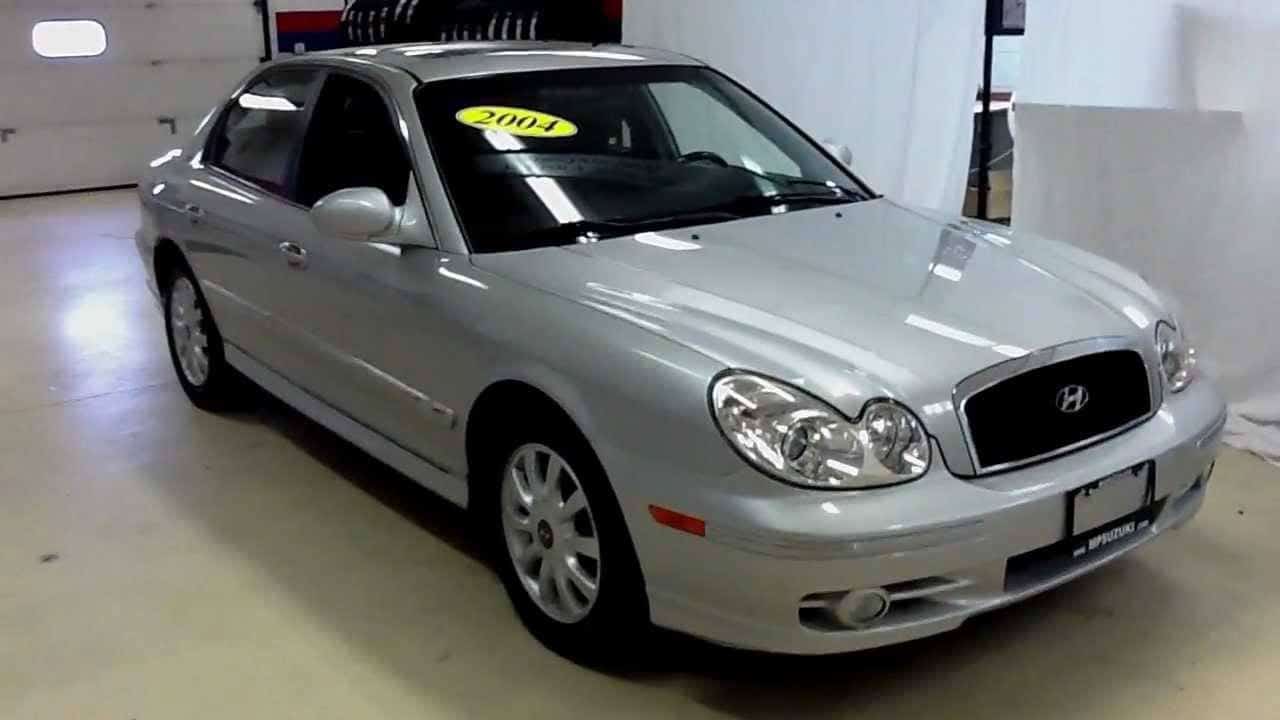 1. Poor Engine Light and Transmission Do Not Shift Properly

Due to the weak automation of transmission doesn’t shift in a right way, the speed sensors may fail. Poor engine light illumination also causes the same effect. However, you should not bother too much because they are simple and not so expensive. Therefore, you can replace them.

2. Sometimes the Parking Lights Do Not Turn Off

There is an issue with the fuse box of the cabin. Due to that reason, parking lights do not turn off immediately or sometimes all the time. If you want to get rid of this issue, then you need to replace the entire assembly.

3. Illumination of Engine Light due to Issue with Accelerator Pedal Position Switch

Due to the faulty accelerator pedal position switch, it causes the problems. It causes the illumination of engine light. However, there is a remedy for it. You can always install an improved switch which can solve this issue. 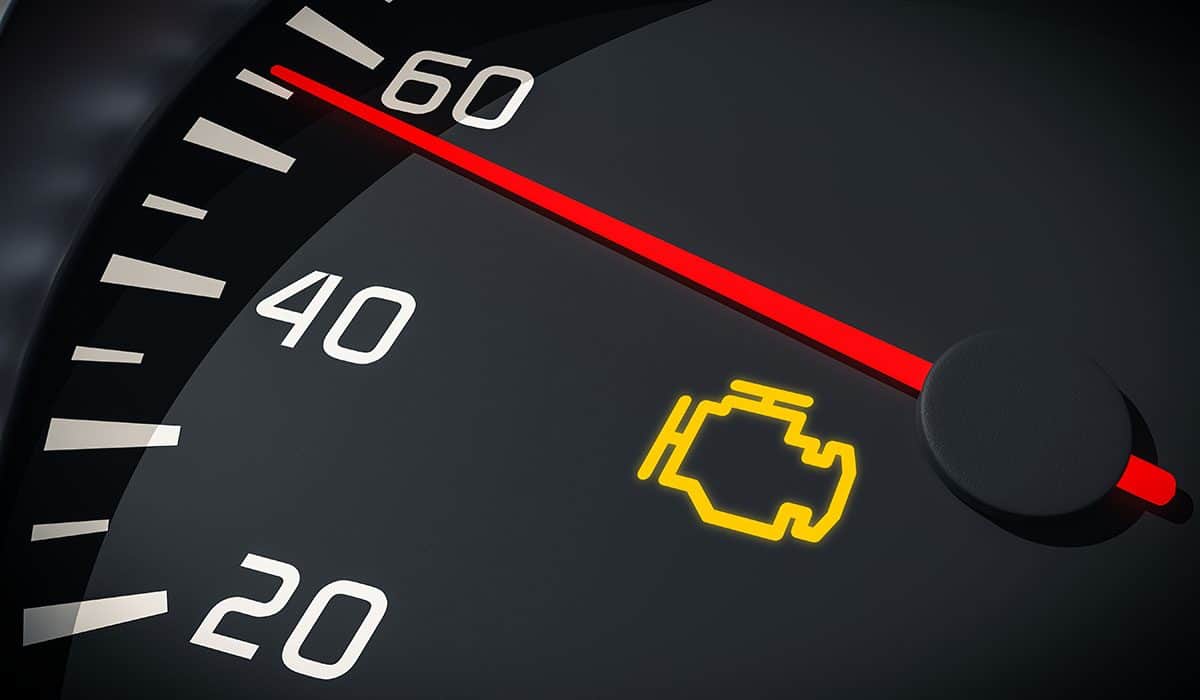 The rough and idle engine is the result of faulty exhausted gas illumination switching valve. This may cause the damage to the engine. It is vital to replace the valve.

This model has a premature timing belt. It induces the critical damage to the engine. If you replace the timing belt to improve the performance, you should also change the position of crankshaft sensor. It is so because timing belt failure might have damaged this one too.

7. Forming of Rust at Front

There are chances of rust forming the front. The main areas are the frame, sub-frame, and suspension mounting points. If you drive this car more often in the snowy weather, then you will encounter rust forming.

8. Failure of the Illumination of Headlight

Headlights are very important in the car, especially in the dark it should work properly for the safety purposes. Sometimes there has been seen the failure of headlight illumination. Even if after changing both the headlights, the problems seem to be recurring in some of the cases.

In some of the cases, there is an illumination of air bag light even if the driver occupies the only seat. Such miscellaneous issues may misguide the driver and i﻿﻿﻿﻿ntroduce oth﻿﻿﻿﻿er issues. 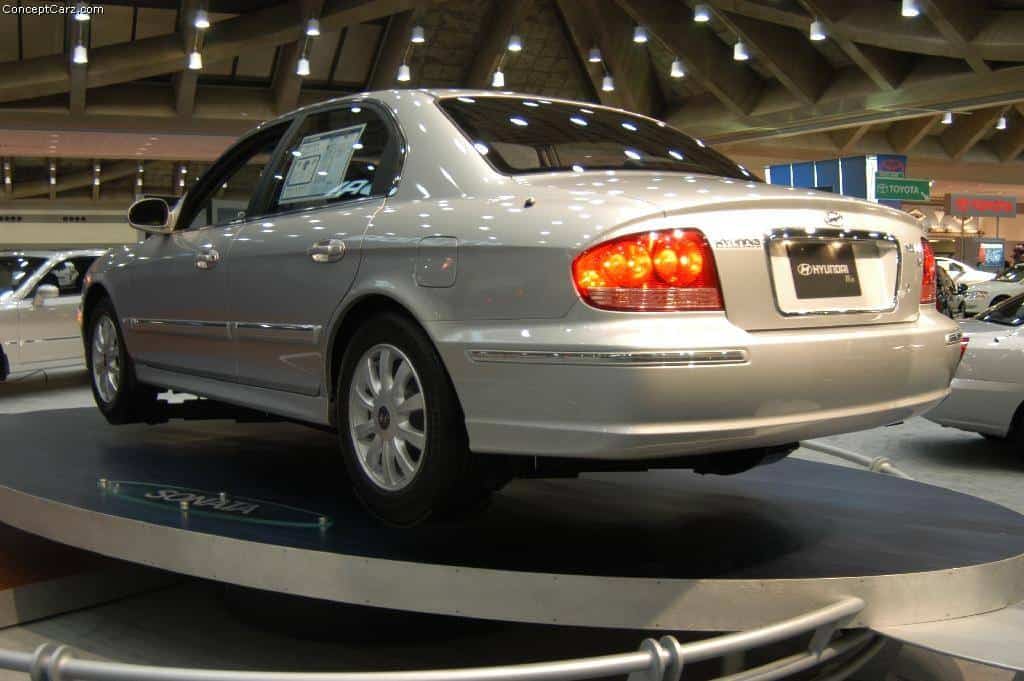 Without any second thoughts, the horn is the only part of the car, which is being used for getting the attention on roads. Due to the breakage of horn switch in the assembly, the switch sometimes gets closed, and horn keeps sounding. Repair of this may cost you a lot. Moreover, it misleads other drivers on the roads.

The broken lamp of a car stays illuminated until the car is turned off. This issue misguides other drivers whether the driver has pulled up a break or not.

In some of the cases, emergency flashers start flashing without any reason. Moreover, when one tries to unlock the car keyless, doors get locked. It cannot be unlocked until you do in with a key or turn on the car. Additionally, when you use your key to lock your car, there may be a clicking sound on the dash.

Sometimes, the fan of the AC does not turn on when expected. Moreover, it is difficult to figure out the real reason behind this issue. It may increase the probability of an accident due to the improper ventilation in a car.

The battery of this car proved to be bad in the performance. There is a need of frequent replacement of the battery. 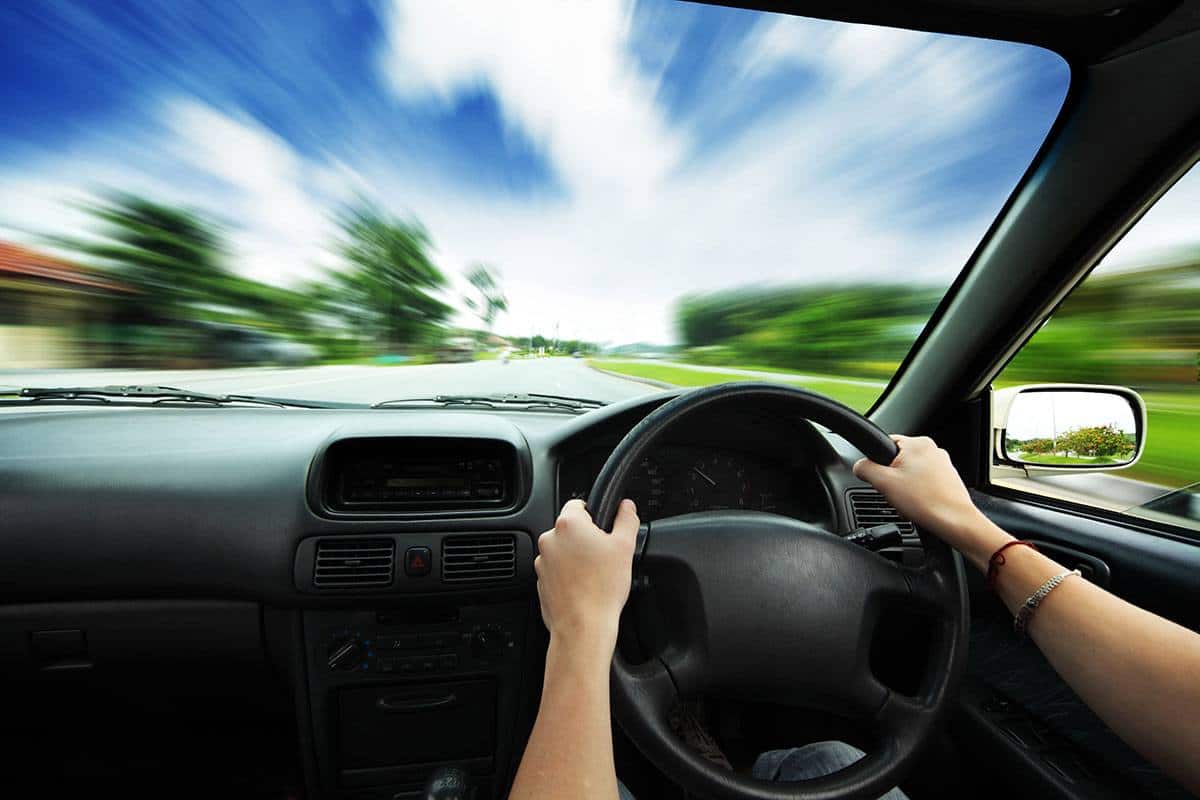 Most of the 2004 Hyundai Sonata problems come in the attention after 60k. There are some recorded cases which talk about noticing a vibration in steering wheel.

16. Thin Covering Inside the Door Handles

The thin covering of door handles may peel apart. This may cause the injury due to the sharp edges of it. The real issue with this is, the company does not replace the handle.

Sunroof is the crucial part of the car. It helps to prevent wind, sun, and rain in the car effectively. There are complaints about the breakage of sunroof too in this model.

Fuel efficiency is the first requirement for any car buyer. There is a crucial issue with this car. As the car ages, it becomes less efficient. It also degrades in the driving performance. Without any doubt, this problem is significant.

There are several issues with the engine of this car. Moreover, in most of the issues, there is a need of replacement of the whole engine.

It has poor radio connectivity due to the poor reception of signals.

How to Avoid Problems in Hyundai Sonata 2004 Model? 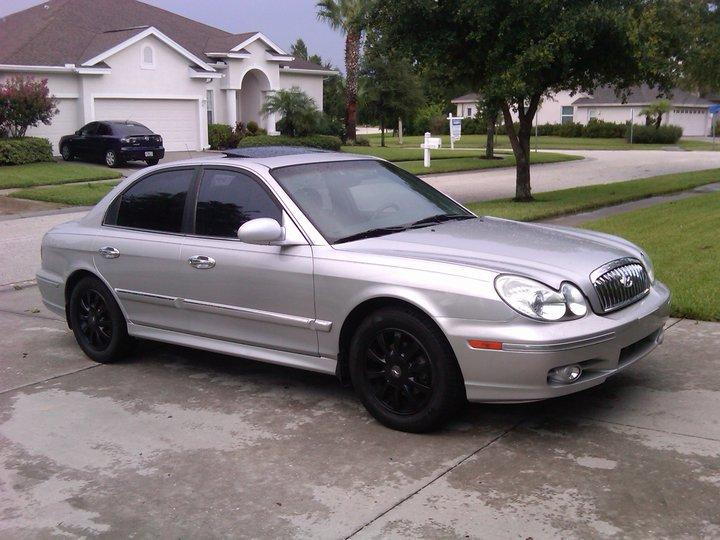 Follow the below tips to avoid the above-listed possible problems that may occur:

While buying a new car, you have to list out many things such as budget, features, pros and cons. However, if you are buying a new car, then you should go through all the problems which are associated with it. All the information regarding 2004 Hyundai Sonata problems is well articulated above.

Major issues are the car aging, safety hazard, and etcetera. However, the good news is, if your car has a warranty then most of the issues which you may face will be fixed by the company for free. Go ahead and buy this one after considering every issue.

A Complete Know-How On Transmission Mechanics In The Cars 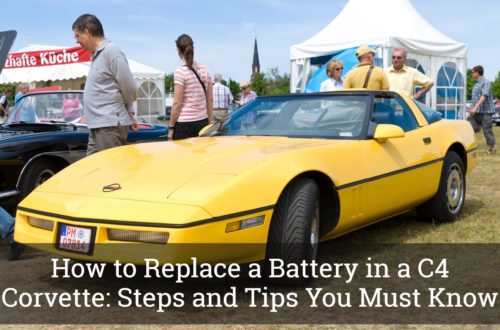 How to Replace a Battery in a C4 Corvette: Steps and Tips You Must Know 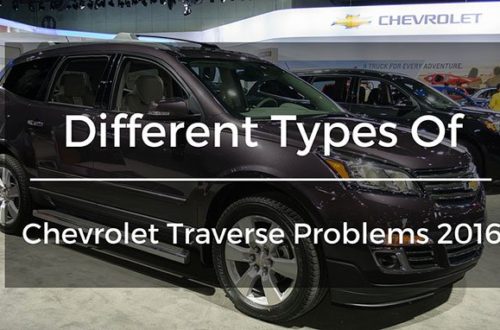