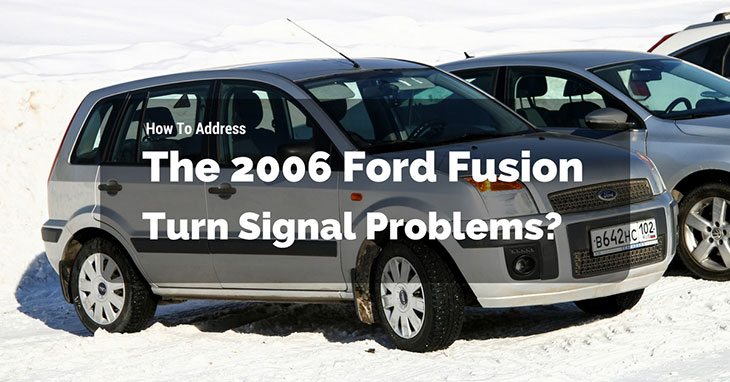 The Ford Motor Company received good news when the ‘Insurance Institute for Highway Safety’ named the 2013 Ford Fusion as the ‘Top Safety Pick’. It is a significant achievement for Ford, as only cars which receive ‘Good’ ratings in the frontal impact, side impact, head restraint and roof strength crash testing are qualified to achieve this.

While it is good news for the 2013 model, the previous ford fusion models such as 2006 have been showing up major problems, among which the turn signal problem is the main issue. If not attended on time, it can pose a threat to your life while you are driving. Also, it is legally mandatory to hold properly functioning turn Signal lights. This guide will give a detailed view about the various 2006 Ford Fusion turn signal problems and the solutions for it. 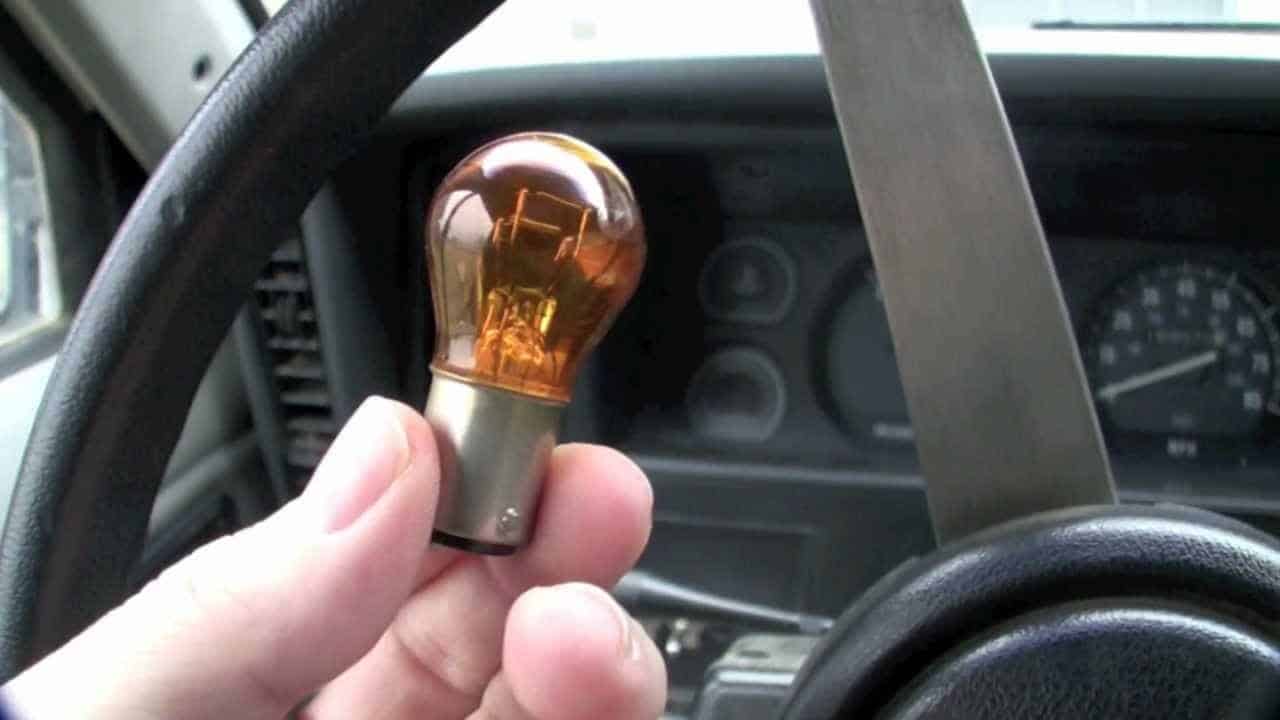 The common turn signal problems reported by Ford Fusion 2006 owners are as follows:

The turn signal problems can also give rise to other problems in your car. Hence, remember the following points.

Some Basics about Turn Signal Operation

The turn signal system holds an extremely simple method of operation. It is a stand-alone unit which is designed to perfection, as it is one of the inevitable requirements while driving a car. Hence, they are designed to work without fail and hold only a few least-complicated parts. So, 2006 Ford Fusion turn signal problems are pretty simple to diagnose and correct.

The power for the turn signal lights come from the ‘Junction Box’ through the fuse to the flasher unit, which is plugged into it. The flasher unit contains the ‘bi-metallic spring’ which heats up and cools down alternatively due to the two-sided metal operation. This effect causes the flasher light to go on and off as an action of blinking.

Materials You Will Need 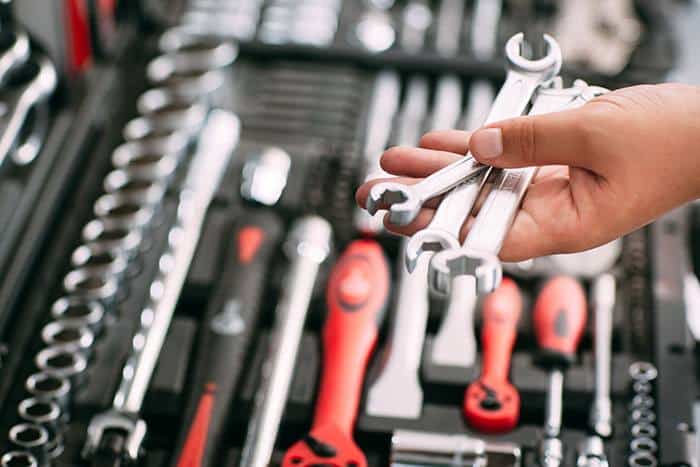 Before getting your hands on, cross-check with the checklist below, to ensure that you have the following materials with you:

How to Solve the Ford Fusion 2006 Turn Signal Problems?

1. The Turn Signals Do Not Turn ON 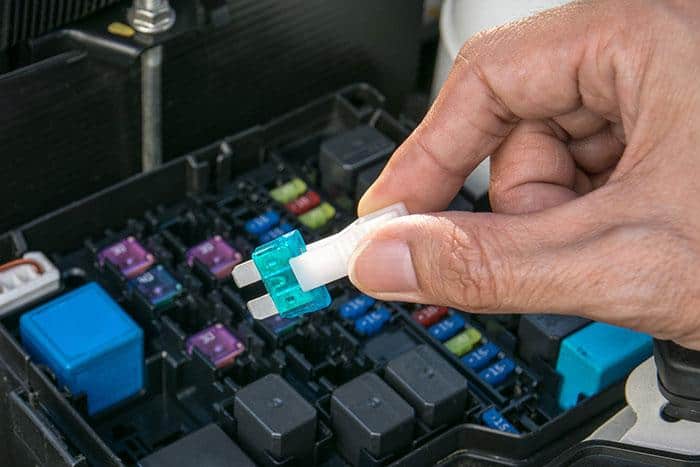 The usual cause of turn signals to not turn ON is because of a defective flasher unit or a blown fuse. Perform the following steps to correct the problem.

This situation occurs rarely. But if you encounter one, then the only solution is to contact the dealer. The dealers use some of the best OBD2 Bluetooth scanner tools to reprogram your Smart Junction Box (SJB). Under worst cases, the SJB will have to be replaced. Unfortunately, there is no recall from Ford regarding this issue. 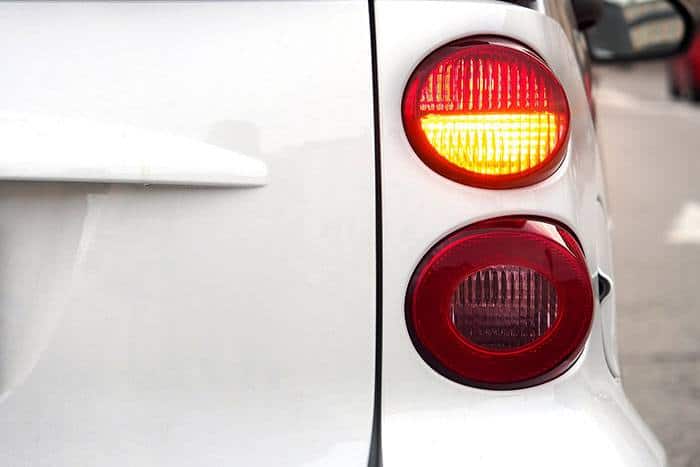 When either the driver side or passenger side turn signal works, it means that the bulb has become defective. This is because, when the bulb is blown out, there is no current flow in the area where the bulb is not working. This reduced current flow prevents the flasher unit to attain a particular temperature that will turn off the turn signal.

When your turn signal flashes too fast or too slow, the main reason is the usage of the inappropriate bulb. While changing a blown out bulb, it is most common that anyone replaces a bulb which does meet the required specification.

When the newly replaced bulbs are high power bulbs, then they draw more current which eventually heats up the flasher strip of the flasher unit and making it wear out. This will cause all the four turn signals to flash too fast or too slow.

5. All Turn Signals Flashing at Once

Under this condition, inspect the turn signal switch, if there is a short between the brake lamp circuit and a signal circuit. Open up the column plug and harness for shorts. Check the current value of the harness using a digital multimeter. If a short is indicated, then get the switch or harness replaced accordingly.

By following the below tips, you can avoid the failure of turn signal problems:

Usage of turn signals is a must and legally obligatory to follow. A 2014 national study conducted by the Society of Automotive Engineers says that nearly 50% of the time, drivers fail to make a lane change. Even while making a lane change, 25% of the times, drivers forget to turn signals. It is not a rocket science to understand that while making a lane change, you have to turn on the blinkers. A small act of negligence can cost a life.

We hope that this guide would have addressed the common 2006 Ford Fusion turn signal problems. Leave your valuable comments in the below section and pass on the techniques which you followed and worked successfully for you. Cars also face certain types of transmission problems; please have a look at them too. 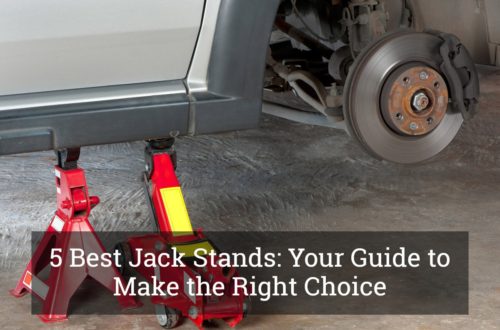 Finding the 5 Best Jack Stands: Your Guide to Make the Right Choice 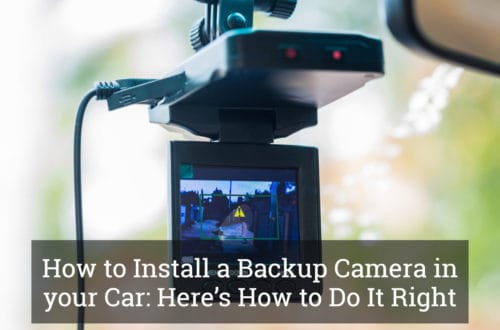 How to Install a Backup Camera in your Car: Here’s How to Do It Right 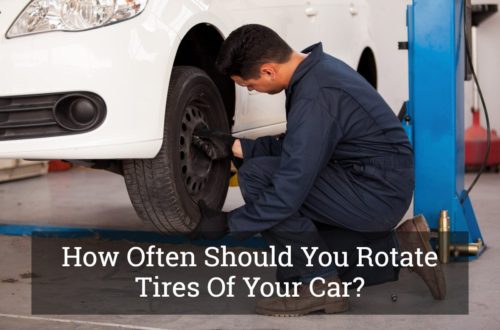 How Often Should You Rotate Tires Of Your Car?