As a car owner, you have the responsibility to make sure that all components are running in their peak condition. Among the parts, one of the most important is the alternator. The alternator is important for the production of electricity and providing the power that is needed by the engine. It may be lightweight and small, but it is definitely an integral ﻿﻿part under the car’s hood.

In the rest of this post, you will learn how to test an alternator to figure out if there is any problem. You will know the basics of a problematic alternator. From the first sign of a problem, you need to act immediately to prevent the issue from worsening. In most cases, testing the alternator can be done on your own and without the need to look for a trained mechanic.

Before you start testing an alternator, there is one important thing that you need to have:

Step-by-Step Guide on How to Test an Alternator

In this section, we will have a discussion of some of the most common testing methods that can be done to see if there is a problem with an alternator and to prevent it from being worse.

A multimeter is one of the most important tools that every car owner needs to have. It is a multipurpose tool that can be used in measuring three electrical characteristics – resistance, current, and voltage. To test an alternator, the device needs to check the voltage, which can be done by following the easy steps mentioned below:

To have a better understanding of the things that have been mentioned above, watch the short video below:

Testing without a Multimeter

Even if you do not have a multimeter, you can still check the alternator for problems. In most cases, you just have to perform a physical inspection. Here are some of the things that can be done:

To make sure that your alternator will not be prone to problems in the first place, keep in mind the tips that will be briefly mentioned below:

As shown in the discussion earlier, the problem between an alternator and a battery can be hard to figure out. To easily pinpoint the cause of the problem, these are some of the important things to keep in mind:

To spot any problem early on and prevent it from escalating, you need to know how to test an alternator. As shown in the discussions above, the best thing to do is to use a multimeter if you have one. Otherwise, a quick physical inspection will be best. These tests can all be done on your own and without professional intervention. 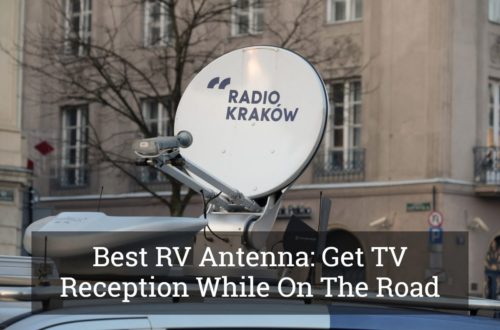 Best RV Antenna: Get TV Reception While On The Road