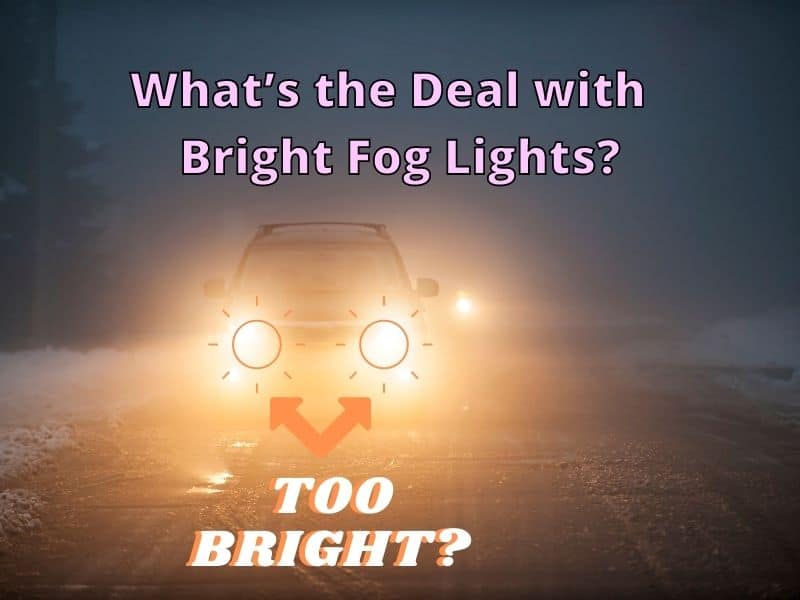 In recent years, most drivers have noticed a trend when it comes to car design and add-ons. Fog lights and headlights have become increasingly bright, often to the point of eliciting complaints from people whose eyes begin to hurt when they see oncoming cars approach them.

Bright fog lights became popular after studies revealed that increased visibility reduces the chances of car accidents. Though bright, they are angled in a way that decreases reflection, making them capable of use in extreme conditions.

If you’ve been wondering why so many cars are now equipped with bright fog lights, or just wanted to know why they work so well in severe weather, don’t worry. Just keep reading, and everything will be clear soon enough.

So What’s the Deal with Bright Fog Lights?

When designed correctly, bright fog lights will not blind drivers that are driving toward your car. However, they can still be somewhat annoying.

What Makes Fog Lights So Good in Fog?

The big difference between fog lights and headlights is their brightness and the way they’re angles. Headlights aren’t as bright and are designed to face straight on. Fog lights are angled slightly downward, which makes them less likely to blind others.

They’re also intended to work on the street—and only the street. As a result of their round, channeled build, the light will not spread to nearby sidewalks or yards the way that regular driving lights do.

Why Are Fog Lights Angled?

Fog lights aren’t just angled to prevent blinding drivers of oncoming cars; other reasons matter just as much. The reason why fog lights are positioned the way they are is that the chosen angle is less likely to reflect water droplets.

Do All Fog Lights Have to Be Yellow?

Yellow used to be used in fog light creation because it was believed that yellow light waves have a longer reach. However, that belief has been somewhat disproved—once you add color, the light waves become shorter, according to Onyxlights (if only a little).  However, the jury is still out.  You can find plenty of arguments why yellow might not be as bright but is better on the eyes, like here.

You can now find fog lights in almost any bright hue.  But not all colors are legal everywhere, as you can see in this interview with an officer.

How Are You Supposed to Use Fog Lights?

It’s often believed that you should use fog lights whenever you need a very bright light in front of your car. However, this isn’t true. These lights are meant to maximize visibility in specific situations using precise methods. Here’s what you should know:

This video shows how you can turn them on if you haven’t used them before.

Can I Use Fog Lights to Make Myself More Visible to Others?

If you’re worried about others being unable to see you, you probably have considered turning on your fog lights to signal that you’re there. Believe it or not, this isn’t the best option. When it comes to alerting drivers of your existence, using your headlights is still the best route.

Much like with other aspects of driving, part of knowing how to be a good driver is knowing the unwritten and unspoken rules. Fog lamps have their own code of proper use, some of which have been codified into local laws. Good rules to follow include:

It all depends on what you deem necessary. In many cases, the use of high beams or low-beam headlights can give you the same results as using fog lights. This is especially true if your car won’t let you use your fog lights alone.

Usually, low beams work best. Many high beams don’t penetrate the fog too well. Fog lights are preferred by some who deal with low-light situations frequently.

Most drivers feel a little more comfortable knowing that they have those extra lights to fall back on. That’s why they are considered a popular feature and why many people insist on having them.

But if you don’t have fog lights, you can still be safe on the road by following safe driving practices. In this video, you’ll see some ways to stay safe without fog lights.

Are Fog Lights Starting to Disappear?

Though fog lights are still a reasonably popular safety feature, people are beginning to get tired of them. More specifically, top luxury auto manufacturers like Audi, Lincoln, Mercedes-Benz, and Genesis have all been working on phasing them out of use.

According to the manufacturers, the reason why they are choosing to get rid of fog lights deals with their new headlight technology. Modern headlamps are now capable of reducing glare, providing higher visibility, and sometimes even adjusting based on the weather.

Because new headlights can do it all, there’s no reason to keep fog lights—unless it’s a matter of aesthetics, anyway.

If you were wondering what’s going on with the new focus on bright headlights, the truth is that it is part of the increased focus on car safety. Since people recognize that more visibility means more safety, fog lights have become brighter and more widely used.

However, there’s a caveat that you should be aware of. While fog lights can help in inclement weather or particularly dark roads, they aren’t meant to be used in conjunction with headlights. This makes them work poorly for anti-glare purposes, thereby defeating the purpose of their use.

If you want to stay safe, pay attention to local laws, and limit yourself to using your fog lights during inclement weather. It’s the best way to ensure you have maximum visibility and keep yourself from getting ticketed. 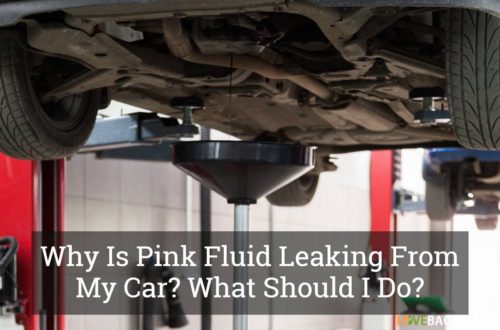 Why Is Pink Fluid Leaking From My Car? What Should I Do? 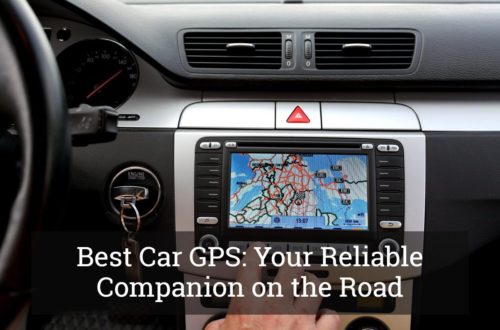 Best Car GPS: Your Reliable Companion on the Road

How to Clean Fuel Injectors in your Car: An Easy Guide to Do it by Yourself