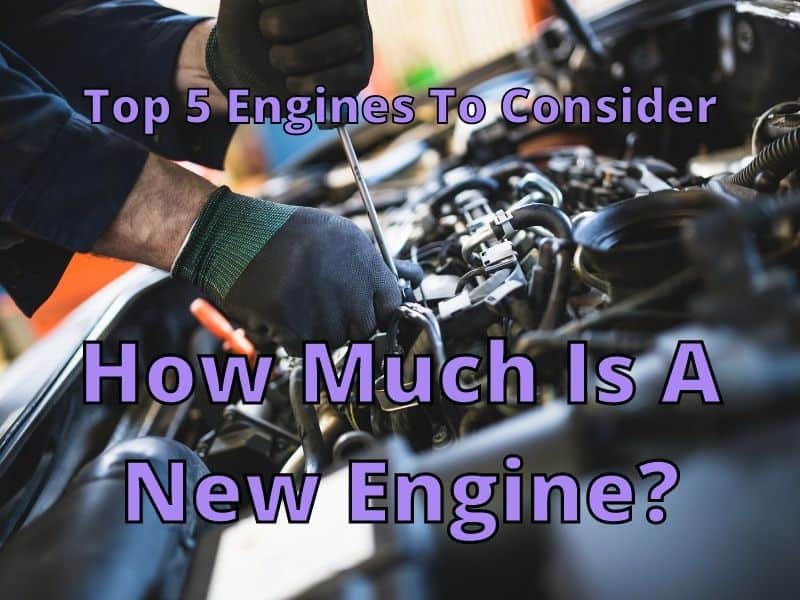 Are you an owner of an aging vehicle? Or are you thinking of installing a brand new engine for your car? A new engine will cost you less than a whole new car, even if the repairs are allegedly more expensive than the car’s value. According to car experts, most automobiles can travel 200,000 miles or more if you maintain your vehicle correctly.

A new engine starts at $4,000 for a 4-cylinder, around $5,000 for a V6, and $7,000 for V8. Prices will rise as the car’s brand and engine become more complex. The type and size of the engine, whether you want to replace it with a new or used engine, are some factors you need to consider.

Give your car a new life by installing a new engine. There are several reasons to install a new engine instead of buying a new car. We’ll find out more by reading this article. We’ve compiled a list of the most popular engines to consider when purchasing a new one.

How Much Does A New Engine Cost?

A new engine can make a used car more valuable. A 4-cylinder engine will cost roughly $4,000, while V6 and V8 will cost around $5,000 to $7,000. Prices will rise as the car’s brand and engine become more complex. You should expect to pay much more because of the unique parts and installation necessary with an import.

The performance and size of the engine you need, the cost of the facility that will install the engine, and whether you want to replace it with a new, used, or refurbished engine are some factors you may need to consider.

It’s a personal decision whether or not you should replace your car’s engine. Although replacing the engine with a new one is less expensive than buying a new vehicle. Even the cost of a new car engine’s repair and maintenance is cheaper than the cost of new vehicle maintenance.

Most Popular Engines To Consider

150-kW Electric Propulsion System engine is the masterpiece among the engines designed to run a car with an attractive speed of 238 miles after being charged with a 240V, 32 amps outlet for about 9 hours. This engine consists of a 60 kWh Li-ion battery containing 288 cells which store a tremendous amount of power. Moreover, the abundant torque of 360 Nm also adds to the optimistic features of the 150-kW Electric Propulsion System engine.

3.6L Pentastar DOHC V-6 engines suitable for minivans are more compact and dynamic and have a displacement of about 3600 CCs or 3.6 L. The torque of this efficient engine is around 319 Nm at 3700 rpm. Moreover, the 3.6L Pentastar DOHC V-6 has a Dual Overhead Camshaft to control the valves proficiently. The horsepower is measured to be 220 hp at 5050 rpm.

The displacement range is about 2687 cc which is slightly lower than other engines, and this is because of its high torque. Unlike other engines, the block portion of these 2.7 L Twin Turbo DOHC V-6 engines comprises compacted graphite iron blocks to provide additional strength.

5.0L DOHC V-8 is a robust and energetic eight-cylinder engine arranged in two rows of four cylinders, with each set having a greater angle ranging from 45°to to 90°. True to its name 5.0L DOHC V-8 engine is a Dual Overhead Camshaft engine with a displacement of about 5 L or 5000cc, making the vehicle incredible.

3.0L Turbocharged DOHC V-6 is one of the most powerful engines with outstanding performance and a total displacement of 3 liters. The maximum pulling power measured at 6400 rpm is about 400 hp providing a flying speed. The rotational force at 1600 to 5200 rpm is calculated to be 475 Nm, thus approximately balancing the horsepower and the torque. Both the block and the head are made up of aluminum to reduce the engine’s total weight.

The speed of the engines depends upon the weight of the engine and the power generated by the engine. Reduction in the weight is made by using aluminum pistons. Speed and torque are always opposite to each other.

High speed means low torque, and low speed means high torque. We must have noticed that a bike moving uphill can be removed only at low speed (low gear), which provides good torque. Torque is simply a rotating force acting on a point from a particular radius, and the unit of torque is Nm.

Horsepower, in simple words, means the maximum pulling power of the engine.

Usually, engines are ranked based on such factors, including the emission rate and other environmental factors. On scrolling down, you can see various innovative engines of today’s world, making driving enthusiasts curious.

These engines proved to be most efficient by trained experts in the relevant fields, thereby allowing the driving enthusiasts to cherish the presence of the cars with these engines. Make sure you check for the top ten best list on genuine and popular product reviewing sites to pick the right engine for your preferred use.

Purchasing a new engine for a car is always the greatest option for achieving long-term efficiency. Your car will gain in value by adding a new engine. A new engine does not make your car brand new, but it will improve the car’s overall performance.

Engine Replacement Cost 🏎️ Why It Costs So Much To Fix (motorverso.com) 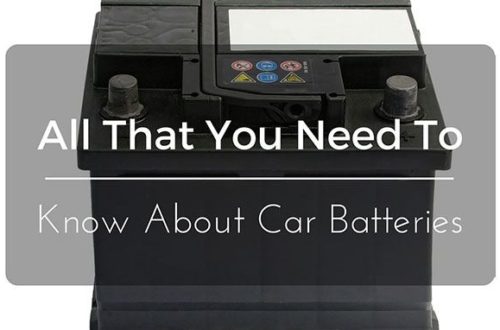 All That You Need To Know About Car Batteries 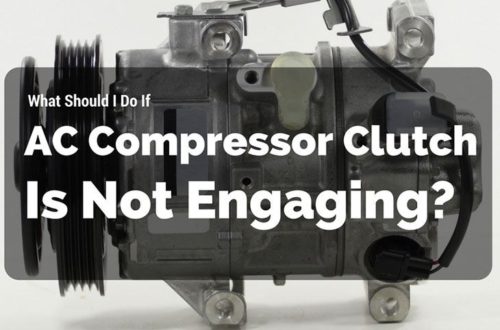 What Should I Do If AC Compressor Clutch Is Not Engaging? 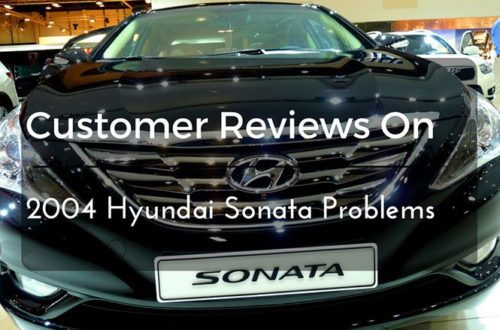