When your car engine is running, especially during the peak of summer and when you are driving long distances, it can be prone to overheating. To prevent this problem, there is a need for the engine to be cooled continuously. This is where the engine oil cooler enters the picture, which is basically responsible for regulating temperature and maintaining the peak performance of the engine, and consequently, your car.

In the rest of this post, we will tackle how engine oil cooler works. This is one of the most important oil for the engine system, although its importance is frequently overlooked, especially for those who are not car enthusiast. Keep on reading and we’ll let you know what exactly it does and why it is an important component of an engine that runs at its best.

If you have limited time, watch the short video below to quickly understand engine oil coolers and what they do:

What is an Engine Oil Cooler?

To give you an idea of how it works, let us first define what it actually is. In its simplest sense, an engine cooler is a component of the radiator system. It moves around a maze of pipes in an engine to provide a cooling effect. It can lessen the temperature by as much as 30 degrees, which is why it can prevent the engine from being too hot.

Engine oil cooler also helps in maintaining the right level of viscosity. If there is too much heat, the viscosity will be less. In turn, this means that the oil may have a hard time clinging to the components. With the oil cooler, such a problem can be less likely.

From all of the fluids that are found in your car, there is without a doubt that oil plays the most important role. The moving parts will create friction and external conditions can also cause the components to heat up. Oil will provide the lubrication that is needed to make sure that these parts will not be easily prone to wear and tear.

A heat exchanger is important for every engine, which has the main function of getting rid of the energy that is created by the engine as it works. If your vehicle has a water-cooling system, it will rely on the function of a radiator. On the other hand, if you have an oil system, an oil cooler is necessary, which is the focus of this post.

An oil cooler is a component that looks like a small cross-flow heat exchanger. To make it more efficient, it can be positioned in varying places in the engine depending on where it is deemed to be suitable. The oil inside the cooler will help to keep the optimal temperature range of the engine and its parts.

The oil will enter the oil cooler while its temperature is still high. Inside the cooler, it will go around tubes that are equipped with fins that release heat. Once the oil is processed, it will exit at a temperature that is already colder. At this point, it is ready for circulation and will once again go through the same process.

To have a better understanding of how engine oil coolers work, it is also important that you are aware of the benefits and drawbacks.

The most exceptional benefit of using an engine oil cooler is that it cools the components, and hence, this can be a great way to extend the functional life of an engine. This is because of the lower temperature that protects the engine components from quickly deteriorating.

The main disadvantage of an engine oil cooler is that the placement can be quite a challenge, especially if you plan to do it on your own. The attachment will depend on the type of the vehicle that you have. To be sure, it would be best to ask the help of a pro to do it for you.

By this time, you must already know that an engine oil cooler can indeed be beneficial, despite its drawback. However, this does not mean that any product will do the job. You have to be a responsible buyer and take the time to evaluate the possibilities, which will increase the likelihood of you making the right decision.

You also have to think about the heat that you need to get rid of, which will depend on the horsepower of the car. The more powerful it is, the more heat will be produced. You need to choose an engine oil cooler that will be suitable for such requirements. If not, it won’t be able to regulate the high temperature that is produced by the engine.

You also have to consider ease of installation, which can be determined by taking a look at the reviews of other users. Make sure that there is sufficient air flow where it will be installed, which will increase its cooling capacity. As it has been mentioned earlier, if installation is too complicated for you, it would be better to ask for the help of the pros.

This article discussed how engine oil cooler works. In a nutshell, it allows the engine to maintain its peak performance and prolong its functional life through the cooling that it provides. The placement can be quite difficult, but you can always rely on the help of a pro to make sure that it will be easy and that it will function accordingly. 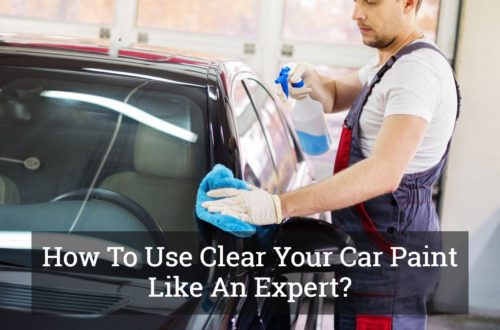 How To Use Clear Your Car Paint Like An Expert? 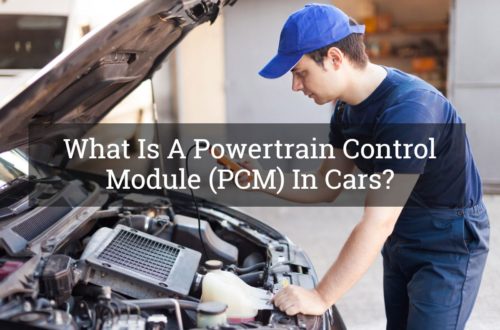 What Is A Powertrain Control Module (PCM) In Cars?